A Guide to Visit Johnny Cash Museum in Nashville 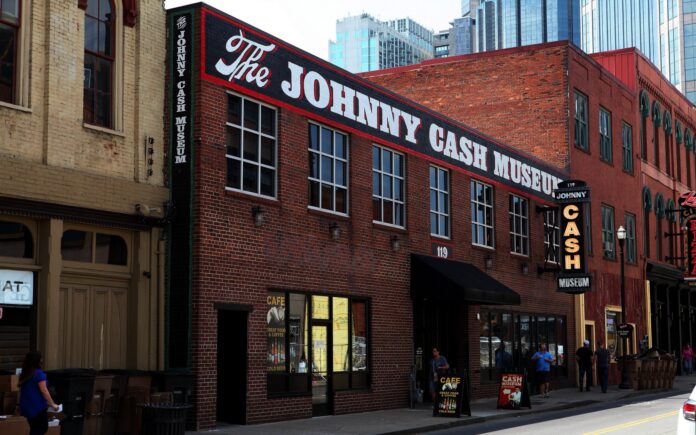 In the weeks leading up to a recent Nashville music pilgrimage, I would excitedly announce to anyone within earshot that I would have the chance to visit the new Johnny Cash Museum. To which I invariably would receive the bewildered response: “There wasn’t a Johnny Cash museum before?”

The city had its longtime landmark Country Music Hall of Fame (established in 1961) and iconic venues, such as Ryman Auditorium, with a rich dose of history courtesy of the Man in Black, but the long-awaited Cash museum didn’t open until last spring.

The new facility, situated in the heart of Nashville in a compact storefront, offers a beautiful tribute to the legend, his life, his love for his wife, June Carter, and of course his music.

I spent a good 90 minutes exploring the exhibits, first reacquainting myself with Cash’s music via a series of decade-specific iPad stations. Whether it’s a little “Folsom Prison Blues,” “I Walk the Line” or “Rusty Cage,” a few minutes spent here will ensure good head space for what’s to come.

The exhibits themselves offer a trove of photos, personal letters, striking outfits (there really is something to be said for seeing those size 13 boots up close and personal) and items belonging to his band mates, including guitarist Luther Perkins’ amp, which was used to record “Hey Porter,” “Folsom Prison Blues” and other signature hits.

There’s even the dress that former First Lady Pat Nixon wore when Cash performed at the White House in 1971.

The museum commemorates their home with a wall excavated from the ruins and reconstructed stone by stone. In front of the wall are the Cashes’ antique sideboard and a dining room chair, with a heart shaped box Johnny gave to June one Valentine’s Day and a handwritten message conveying his love. If that weren’t enough to inspire a Johnny Cash song, there’s another tidbit of information that gives the exhibit an added emotional punch: The excavated stones are from the room where the music video for his latter day classic, “Hurt,” was filmed. However, the emotional highlight for me was a section dedicated to Johnny and June’s lake house, where they spent several decades together until their passing in 2003. Barry Gibb of the Bee Gees purchased the property in Hendersonville, Tenn., several years later, and began remodeling it. But tragically, the house caught fire amid the construction and burned down in 2007.