ANGELINA JOLIE 2016 YEAR REVIEW WAS AT THE TOP 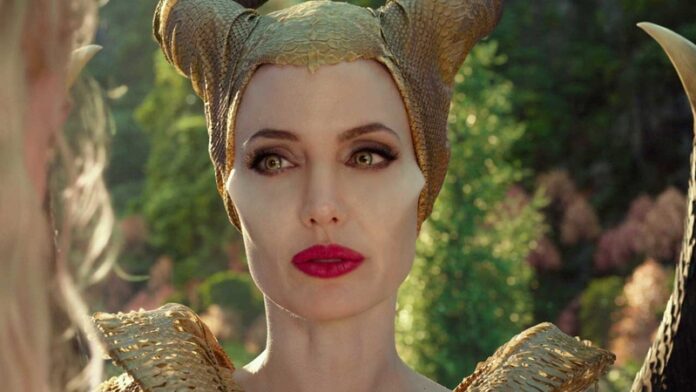 Angelina Jolie 2016 year has been full of ups and down for the Hollywood actress. As for the later part of the year it has been mostly on the downside. It started off very well for her career but lately she has filed for divorce with Brad Pitt. Let us take you through all the happenings of her career in this year.

ANGELINA JOLIE 2016- ANGELINA JOLIE TO FEATURE IN DISNEY MOVIE
In the start of the year Walt Disney Studio announced the making of 9 live-action movie. Angelina Joile was also to be feature in one of the movie. This movie was Maleficent 2, which was written by Linda Woolverton. Other stars working in the movies announced included Emma Stone, Emily Blunt and Reese Witherspoon. As of now the movie has not yet been released and the plot has been kept under cover.

ANGELINA JOLIE 2016- ADMITTED SHE NEVER WANTED TO BE A MOTHER
Brad Pitt and Angelina Jolie had 6 children together. Three of them were adopted by them. It might seem to everyone that she is surely very loving mother. But talking with CTV News, Jolie said that she never wanted to be a mother. In addition to that she mentioned that she never did babysitting and never thought of getting pregnant. Now it seemed strange to her.

Angelina Jolie visited Cambodia in 2002, with UN as a goodwill ambassador. During the tour she adopted her first son Maddox. Later on Jolie made a foundation which funded education and healthcare in rural parts of Cambodia. Angelina Jolie 2016 movie named “First They Killed My Father” was also shot in Cambodia this year. The film was written by Loung Ung and has not yet been released. She also took her son Maddox to the sets. Surely now her perspective is changed and she is an as good mother as any other woman.

ANGELINA JOLIE 2016- WILL NOT TO BE CASTED AS LARA CROFT
Angelina Jolie was the first actress to be casted as Lara Croft in the Tomb Raider movie. She did two Tomb Raider movies and the first one was a hit on box office. According to CTV News, inn the upcoming Tomb Raider movie Jolie is not to be casted. This movie is being directed by Roar Uthag, a Norwegian director. Instead of Angelina Jolie the film will feature Alicia Vikander. The new actress has a very good 2015 year and made some good movies.
ANGELINA JOLIE 2016- VISITS SYRIAN REFUGEES
Angelina Jolie also remained active with the United Nations in 2016. In March 2016, Angelina Jolie visited Bekaa Valley located in Lebanon on the fifth anniversary of the Syrian conflict. Due to the conflict around 4.8 million people are said to have taken refuge in Lebanon. Jolie also met the special envoy for UN’s refugee agency. She also urged the world leader to take action to help the refugees.

ANGELINA JOLIE 2016- APPOINTED AT LSE
Angelina Jolie was appointed as a visiting professor at London School of Economics, a prestigious university in Britain. Moreover the university announced that she will work with the students of Masters in Women Peace and Security.

William Hague, the former British Foreign Secretary was also appointed along with her. Angelina Jolie in her statement said that other universities should also follow this example. In addition she said that she is ambitious to teach as well as learn from the students and would share her experience.

ANGELINA JOLIE 2016- DELIVERS SPEECH IN JORDAN
Yet again Angeliana Jolie visited Jordan in the wake of Syrian refugee crisis. She talked about the situation of the children there and said that she cannot imagine her children in such situation. Jolie urged the leadership to take action. She did this visit in the holy occasion of Eid.

ANGELINA JOLIE 2016- GET THREE NEW TATTOOS
Set Entertainment came to know that Angelina Jolie got three new tattoos on her body. The actress already has some tattoos. These tattoos were related to Buddhist arts. According to our sources these tattoos represent wishes for a good life.

ANGELINA JOLIE LOVES A BILLIONAIRE
The news also came out some time ago that Angelina Jolie loves a billionaire. Set Entertainment came to know through a source that Angelina Jolie has been meeting secretly with a married billionaire and is interested in him. According to sources they met for the first time at a charity event, which Angelina Jolie regularly attends. This billionaire is said to be an avid philanthropist and a champion of humanitarian causes. Our sources also told that he is of Middle Eastern descent and is quite handsome. Later on she admitted this to Brad Pitt, though she held it secret for some time.

JOLIE FILES FOR DIVORCE
In late September, Jolie filed for a divorce from Brad Pitt. The couple were having differences on many issues. The family court granted Jolie the right to keep the children with her till October 20. Brad Pitt was struggling to get the visitation rights. Moreover, Melissa Etheridge a singer also supported Brad Pitt in his visitation rights struggle. He was once allowed to visit his children.

ANGELINA JOLIE LOVES A BILLIONAIRE- BRAD PITT’S REACTION
Actually before the news came out that Jolie loves a billionaire, things were different. It was being said that Brad Pitt as cheating and was in love with Marion Cotillard. In addition to that both of them were filming a movie together, due to which there was much hype. Later on things became evident when Marion Cotillard and her boyfriend, a French were expecting baby. Media attention turned to Angelina.

KIDS REACTION ON JOLIE-PITT DIVORCE
On the divorce of Brad Pitt and Angelina Jolie, their kids were also tensed. Their children are currently living with Jolie and Brad once visited them and they spent some good time. The meeting with the children took place in the supervision of a therapist. Jolie is doing everything to keep her children’s mind occupied.