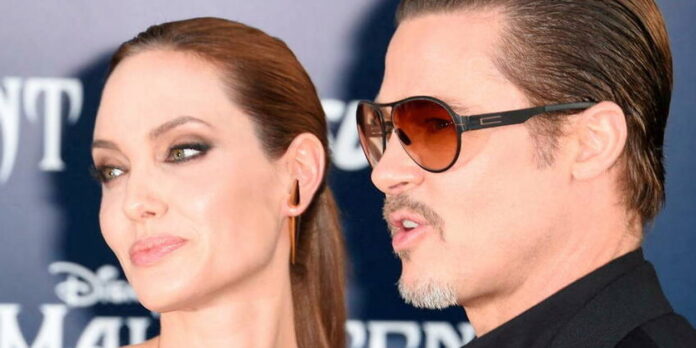 There had been many rumours in the recent past that Brad Pitt cheated on his wife. Moreover it was said that he was in relationship with Marion Cotillard. There were also news that they got more close on filming of a movie yet to be released. Fans and media got hyped on this and stated that he was cheating on Angelina Jolie. The news turned to be dubious when news came that Cotillard and her boyfriend, a French, were expecting a baby. Shortly after that the news came out that Angelina Jolie loves a billionaire. Sources also mention that this billionaire is doing much for humanitarian cause. Moreover this is also speculated that Angelina Jolie and the billionaire met at a charity event.

A source close to Brad Pitt told Set Entertainment that Pitt was suspecting this. He had been suspecting her undisclosed romantic relationships for quite some time. However, Brad Pitt never wanted to know about the truth.
The things became much more evident when Angelina Jolie filed for a divorce. According to our sources, the reasons came out to be differing parenting styles of both. Moreover the much talked about child abuse was also stated to be a reason behind it.

ANGELINA JOLIE LOVES A BILLIONAIRE- BRAD PITT’S REACTION
According to sources all the drama happened when Brad and Angelina were travelling. The scene of this fateful event was their private plane. Sources claim that Angelina Jolie came clean on Pitt about her new love. This was surely stunning for Brad Pitt and he was blindsided. Surely he would have been furious at that stage. When it turned out that Angelina Jolie loves a billionaire, it is said that he yelled at his eldest child and Jolie. From there the things could have got much worse during the rest of the flight. We can just imagine.

BRAD PITT RETURNS TO WORK
According to sources to get over with the latest setback in his life, Brad Pitt is returning to work. We all know that acting and producing are his second love. Although 52, Brad Pitt is an in demand actor and producer.
We have also learned that Brad Pitt wants his work to be a form of therapy to help him. He wants to get indulged in his work, while he copes with the latest setbacks at the same time. For this he is getting in touch with fellow worker and calling meetings. We hope this helps him in taking his mind off his personal problems for some while.

Moreover currently the life of Brad Pitt might seem to be a mess to everyone. His career is also at the hottest stage. He is also shooting “Allied”, which is a World War 2 thriller. This movie is highly anticipated and is net to get released in November. Apart from that he is also producing as well as acting in a sequel to World War Z. The list does not end here. He is also working as an executive producer in a limited series called “Feud”, which is being produced by Ryan Murphy. Surely Brad Pitt is on fire when it comes to work. Fans can just hope that all this work can take off some personal burdens from his shoulders.

Melissa also said that Brad Pitt should be given visitation right so that he can meet his children. She told it referencing her experience in the family courts over the matters with her ex Tammy Lynn Michaels. She also blamed Angelina Jolie for taking away the relations and rights to children from Pitt purposefully. Brad Pitt’s fans have also applauded Melissa for showing support for Brad.

BRAD PITT AT GEORGE CLOONEY’S
Since their separation, Brad Pitt has been living alone. He is surely a tensed man. To get over with it, he was living at the Los Angeles estate of George Clooney. George Clooney is one of the best and oldest friend of Brad Pitt in Hollywood. George and Brad have a trustable relation and he is helping Pitt stay string in this distress. Moreover he is also keen in spending quality time with Brad Pitt.

Angelina Jolie loves a billionaire
Brad Pitt and George Clooney
LATEST DEVELOPMENT
Since Angelina Jolie filed for divorce on 19th September, Brad Pitt has been away from his children. The ex-couple also came on an agreement that the children will stay with Jolie till 20th October. Melissa Etheridge also spoke out for visitation rights to be awarded to Brad Pitt. It is for sure that no father can culminate his love for his children. Brad Pitt also after spending some time alone has recently spent time with his six children. Brad Pitt is also now making efforts for shared custody of the children.

The close sources of Brad Pitt have also told that he is now trying to make himself a better man. He is doing it for the sake of his children. Moreover it is also being said that the children are begging Brad and Jolie to reunite.

WHAT TO EXPECT
Now you might be fully familiar with the story. It is becoming evident that Angelina Jolie loves a billionaire. Everyone, including the fans and the media have eyes on the ex-couple. Things have not gone right for the ex-couple and surely they would be in distress. The children are the ones that have suffered the most. According to our sources, all the children are undergoing therapy to get over with it. Jolie tries to keep them engaged in entertainment and other activities. The children would be staying with Jolie till October 20. Since then let us see what developments take place at the family court. Moreover it would also be worth looking out for that which Hollywood celebrity jumps into this matter. We can just hope that thing get better with time. Let us see what the future holds for both Angelina Jolie, Brad Pitt and their children.