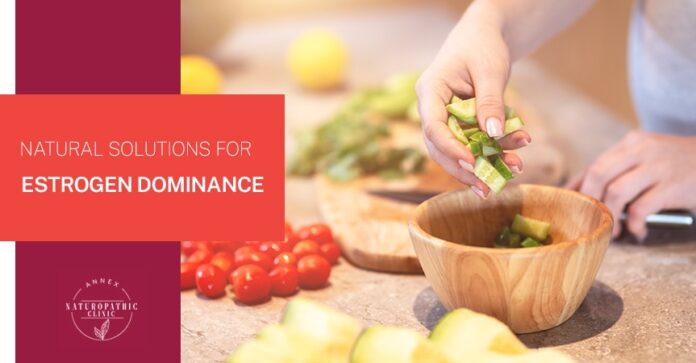 Estrogen dominance is a term used to describe the hormonal imbalance that exists during perimenopause. (Read about symptoms of menopause and perimenopause here. )To cut a long story short, you ovulate less frequently as you approach menopause. Progesterone is produced in the ovary after ovulation. If there’s no ovulation then there’s no progesterone. However, estrogen is still being produced though in lesser quantities. This leads to a state of “relative estrogen excess“, i.e. even though the estrogen levels are less than normal, there is no progesterone to balance out the effects of the estrogen which leads to symptoms of “estrogen dominance” and hormonal imbalance. (Incidentally, the term estrogen was popularized by the late Dr. John Lee.)
Fenugreek is amongst the variety of herbs that women use to relieve symptoms of “estrogen dominance” associated with perimenopause. It has been used since ancient times for various conditions.

Over time, fenugreek has been used for a variety of things:
managing perimenopause and menopause symptoms
breast enhancement/breast enlargement
increasing milk production in nursing mothers
treating digestive problems
relieving swelling and irritation of the skin
regulating blood sugar in diabetics
for cooking, especially curries
Fenugreek seeds are ground and taken by mouth or made into a paste for applying to the skin.
Side effects of fenugreek include:

gas
bloating
diarrhea
irritation when applied to the skin
Fenugreek should be used with care or avoided altogether:

in pregnancy because of the possibility of stimulating early labor
in people who have blood clotting disorders or are taking medication for such disorders
in diabetics or anyone taking medication that lowers blood sugar
Does fenugreek relieve symptoms of estrogen dominance?
Very good question. In terms of documented research, so far there is evidence that fenugreek:

lowers blood pressure in diabetics
lowers (LDH) bad cholesterol in the blood
But, as with many herbs, some people will say that it works for them while other will disagree. So, if you’re game, you could give it a try. If you do, be sure to tell your doctor to avoid reactions with any medication you’re taking.

How to Stay Safe During Disease Outbreaks