Build A Multi-Dimensional Experience With These App Development Services 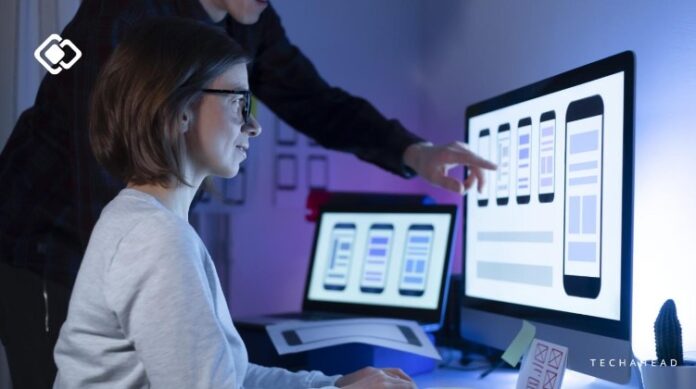 Our lives now wouldn’t be the same without apps. Web and mobile apps improve various corporate operations, raise sales, and increase consumer involvement. The distinction between a web app and a cloud app is hazy. Due to their many similarities, many internet shoppers, small business owners, and large corporations are uncertain whether they are comparable. Cloud applications and web apps are comparable but not identical.

From a technological perspective, they differ in terms of back-end architecture, scalability, and seamless interaction. While a web-based application requires constant internet access, cloud-based apps may automatically conduct activities on a local desktop. The cloud-based apps are limitless in size, and scope, and are always available to developers and architects.

Let’s take a closer look at how they differ from each other:

WHAT ARE CLOUD APPS?

Built on models like PaaS, IaaS, and IaaS,  the infrastructure of cloud computing allows for the sharing of a pool of servers, networks, storage, and application resources. These enable data processing via a privately held cloud or servers operated by a third party. Cloud applications are quick, dependable, simple to set up, minimal maintenance, and expandable. They can develop in line with our needs in this way. 67 percent of business infrastructure will be cloud-based by the end of this year. Eighty-two percent of the total workload will be on the cloud. Currently, the typical consumer utilizes about 36 cloud-based services every day.

WHAT ARE WEB APPS?

Web applications, however, are about a single, unique necessity for a certain sector. They are any client browser on the web or on a mobile device which do not require installation to execute. They use internet-based web technologies. It is possible to create web-based applications by combining PHP, HTML, and Adobe Flash, to mention a few. For the purpose of enabling central web-based services capabilities, such apps rely on the web server components that are in-built into the device. Because they are web-based, web apps require a constant internet connection to function. Online banking, shopping websites, social networking apps, and other applications are a few examples of web-based programs that are often used.

A cloud app development company must know various cloud systems, including Amazon Web Service (AWS), Microsoft Azure, Force.com, Apache CloudStack, and others. They should be aware of the increased connection provided by the app in terms of CDNs and APIs. Always aim for a flexible and scalable end product. As there is no single data storage, cloud app developers must guarantee that the data is being kept securely.

On the other hand, the client-server approach is typically used in web app development. Web apps often lack the capacity to support many tenants.

The price considerations play a significant part in all phases of development, from designing to creating a mobile or web app. Even in this case, building a dependable and strong web application that functions both online and offline is more expensive than building a conventional browser-based program.

Services are the last distinction between cloud apps and web apps, although they are by no means the least. Apps are a tool that allows people to interact with companies, which is why the majority of firms are investing in them. The same is true for startups. Similar to mobile applications, web apps are highly sought after since they can maintain constant contact with users.

Consider the web-based apps Airbnb, Amazon, and Youtube, which function only online. Whereas cloud-based apps are exclusively for offline use. When there is internet restoration, they sync immediately. Evernote, Gmail, Slack, Dropbox, and many other services are instances of it.