Celebrity Breakups of This Year! What Do You Know 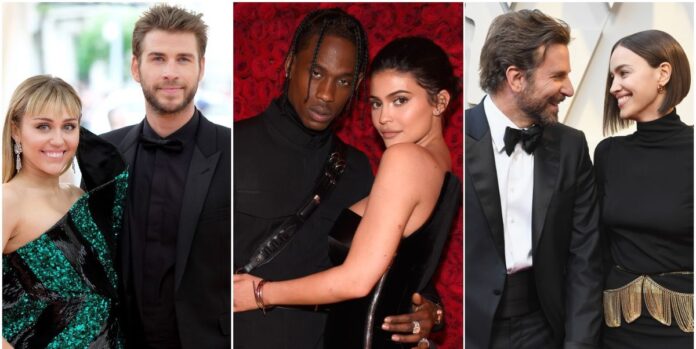 When we talking about Celebrity Breakups, While Hollywood’s silver screen is full of stories of romance, off screen the stars themselves find that their love lives are filled with the same traumas as our own – break ups, make ups and even second-time-round break ups. These are the biggest 2016 celebrity splits so far.

MATTHEW PAETZ AND LEA MICHELE
After the tragic loss of Corey Monteith in July 2013, Lea Michele finally found a new love in the form of model Matthre Paetz. They met in April 2014 on the set of her “On My Way” music video and even when he was outed as a former gigolo, she still stood by her man, moving in with him the very same summer. Unfortunately, in February 2016 it all came to an end after Paetz unexpectedly broke things off.

SAGE THE GEMINI AND JORDIN SPARKS
Jordin Sparks, best known for her hit “Battlefield”, broke with longtime partner Jason Derulo in 2015 and promptly hooked up with rapper Sage the Gemini. Yet after 10 months of dating the couple called it a day in early February, although if his recent Instagram post is to be believed, he is regretting the decision. As Jordin didn’t respond to his plea to go back to him, it looks like she has no such regrets.

JAIMIE ALEXANDER AND PETER FACINELLI
Peter Facinelli, best known for his role in Twilight and star of Blindspot, Jaimie Alexander, got engaged in March 2015, having been together since they appeared in Loosies together three years earlier. However on February 19th 2016, the pair released a statement declaring their split – allegedly due to work and family commitments, although the pair are going to remain friends.

AUSTIN STOWELL AND NINA DOBREV – CELEBRITY BREAKUPS
The brief romance between Nina Dobrev, star of Vampire Diaries and Bridge of Spies actor Austin Stowell is now at an end due to conflicting schedules. The pair had only been dating since last October and it is said that it is Dobrev who brought the relationship to a close.

CYNTHIA BLAISE AND KEEGAN-MICHAEL KEY
The first celebrity break up of the New Year came between comedian Keegan-Michael Key and his wife of 17 years, Cynthia Blaise. Although Key filed the divorce petition on New Years Eve on the grounds of irreconcilable differences, reports weren’t issued until the first week of the New Year and no statement has yet been made by the couple.

DAVEY DETAIL AND ROSE MCGOWAN
After two previous broken engagements, one with singer Marilyn Manson and one with director Robert Rodriguez, Rose McGowan, former star of Charmed finally managed to tie the knot in October 2013 with the artist David Leavitt, otherwise known by the name Davey Detail. Unfortunately, the match was short-lived as McGowan filed for divorce during February.