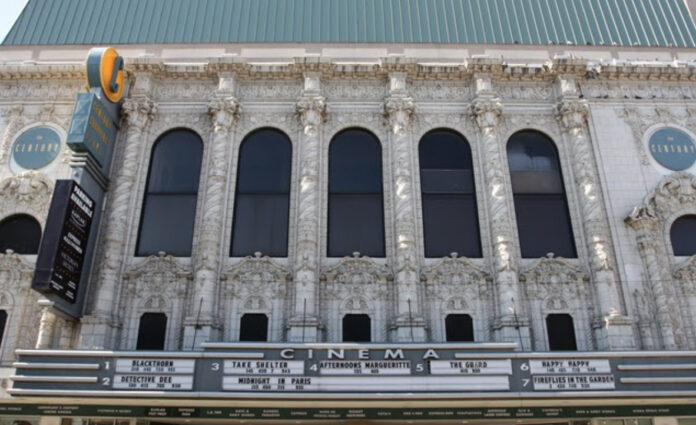 Chicago can justifiably call itself the home of modern architecture, so it makes sense that next weekend (Oct. 15-16), it’s inaugurating a program that seemingly jumps on the bandwagon of open house tours held by cities like London and New York.

Open House Chicago is, in fact, just one more offering from the Chicago Architecture Foundation, which features dozens of tours of the city, most notably its beloved river cruise. How OHC differs is in the access it’s promising— a chance to get inside some of the city’s iconic interiors, as well as to tour out-of-the-way gems that building buffs might never otherwise encounter.

More than 100 sites are organized into five neighborhoods: downtown, Garfield Park to the west, La Villita and Brownsville on the South Side, and Rogers Park to the north. I toured a handful back in the Spring, and came away impressed not only with the more detailed looks at the Loop’s greatest hits, but with the gems hiding in plain sight all around the city.

I began downtown at CAF’s headquarters in the Santa Fe Building, one of 26 landmarked buildings on the tour. From the endlessly fascinating model of Chicago that has pride of place in the lobby (along with a great design bookshop) to the floors occupied by the quintessential corporate architects, SOM, this 1904 Daniel Burnham high-rise operates as a microcosm for all things Chicago style.

Up top, in the 17th floor office suite of another architectural firm, Geotech Partners, there’s even more. Visitors can peer down at the building’s light well and huddle this close to its distinctive porthole windows. Sweeping views of the Art Institute and Grant Park are a pleasurable bonus.

In Bronzeville, once dubbed the “Black Metropolis” — where diaspora jazz musicians created the Second City’s own thriving version of the Harlem Renaissance — I strode down the aisles of Meyers Ace Hardware store, one of the more bizarrely fascinating landmarks I’ve ever visited.

The bins of nails and shelves of paint reveal nary a clue that this was once the Sunset Club, where Louis Armstrong and Cab Calloway jived from a stage that’s been turned into an office for David Meyers, the grandson of the hardware store’s founders.

So redolent was the place with the sounds of jazz, that Earl Hines once said, “if you throw a trumpet up in the air at 35th and Calumet, it will play by itself.” Today, says Meyers, pilgrims in search of a connection pick up plungers by the boatload, in homage to the mutes that Armstrong so famously inserted into his instrument.

This neighborhood rubs shoulders with the elite enclave of Hyde Park, home to the University of Chicago, the Obamas, and Rubie House, one of Frank Lloyd Wright’s most celebrated residences. But stopping there wouldn’t hew to the notion of “hidden,” so I moved on to a Wright house I’d never heard of, the 1915 Prairie-style Emil Bach home in Rogers Park.

Unfortunately, this private home wasn’t up to journalistic persuasion, so I never did get in (it’ll be on the tour, though). Instead, I checked out the Cat’s Cradle Bed & Breakfast, owned by the same foundation that runs the Bach house. With its oak floors and leaded glass windows, this 1919 Arts and Craft building served adequately enough as Frank Lloyd Light.

Had I known about this option beforehand, I might have chosen to base myself here. The Rogers Park http://rogerspark.com/rp/about/neighborhood is about as far north as you can get in Chicago, and its leafy shopping streets, arts offerings, lakeside setting and diverse population seem ripe for exploring.

But in the end it was a crumbling bit of industrial heritage on the city’s southside that most excited me. I visited two of the five remaining structures from the 1906 Sears Roebuck & Co. complex, which once sprawled over 40 acres and employed 15,000 workers.

A city-within-a-city, this campus also included a a 3 million-square-foot catalog printing plant, showrooms and testing labs, and a publicity office, cafeteria, bank, and even an in-house fire department. All have been demolished.

Sears’ signature 14-story brick tower — used as the merchandiser’s retail headquarters and distribution center — still stands, though. The OpenHouse tour will allow visitors to ascend to the top for the first time in decades.

Across the street, the old Sears offices, a stately brick building that’s pegged for an apartment conversion, will also be open for the tour.

I didn’t make it inside either, but instead headed for the Henry Ford Academy, a charter school now located in the Power House. Sensitively restored by Chicago’s Farr Associates, this striking space retains the building’s dramatic catwalks, thick glazed subway-tile walls, arched windows and, for funky good measure, some non-working, but formally steam-generating and electricity-producing, relics.

Used for assemblies, a cafeteria, and the like, this sparkling adaptive reuse makes for an inspiring house of education in a neighborhood struggling to get back on its feet. In its perfect blend of old and new, green and dirty, industrial and hi-tech, it also makes for a terrific centerpiece of a tour that unveils the City of the Big Shoulders’ multitude of facets.