Denver Botanic Gardens – All You Need to Know 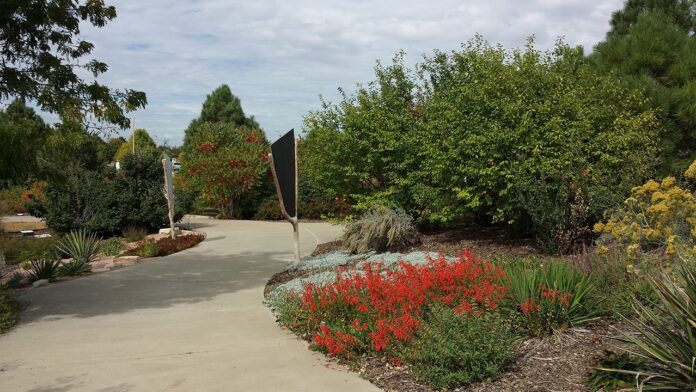 The Mile High City may be the gateway to one of the nation’s most glorious outdoor regions, but it’s also a place of sophisticated, urban delights and easy-to-access nature spots. Here are five attractions popular with locals like me.

20th Century Design Pop Located in an historic building that was once the studio of Colorado painter Vance Kirkland, the Kirkland Museum of Fine and Decorative Art has some of the best Arts & Crafts, Bauhaus, Art Deco, Modern and Pop art in the country.

There are 3,300 pieces of representative art, including furniture by Frank Lloyd Wright, Charles Rennie Mackintosh and Charles and Ray Eames; hundreds of pieces of 20th century ceramics, tableware, glassware, and metalware; and even an iconic Electrolux vacuum cleaner.

Harmonic Convergence Less than five miles from downtown, the Denver Botanic Gardens is making a name for itself by mixing grand displays of large sculptural art with its renowned collection of diverse plants. First it was huge Chapunga stone sculptures from Zimbabwe; then it was massive pieces by Henry Moore; this summer it’s the work of Allan Houser, considered by many to be the major Native American artist of the 20th century. The juxtaposition of art and nature would be breathtaking even at a lower altitude.

Wild at Heart There’s no better way to celebrate a visit to Colorado than by seeing a herd of bison, the iconic symbol of the Wild West. This has been made easier than ever with the opening this spring of a new visitor center at the Rocky Mountain Arsenal National Wildlife Refuge, just minutes off the interstate that joins Denver International Airport and downtown.

At more than 12,000 acres, the refuge is one of the largest urban open spaces in the country and home to more than 330 species of birds and animals. It also offers one of the best bargains in town: free two-hour van rides to the further reaches of the preserve where a herd of nearly 500 bison enjoy their home on the range. Reservations are required.

The rules are simple. Two speakers –– experts in different fields –– discourse for 20 minutes on his or her topic, during which they’re allowed to make no reference to the other person’s subject.

This is followed by a no-holds barred question-answer period, when connections –– and disconnections –– are not only allowed, but encouraged. Reserve early; the performances regularly sell out.

Some of the biggest names in pop and rock history, from the Beatles and Jimi Hendrix to The Grateful Dead, U2 and of course John Denver, have performed there. It’s a place where the acoustics are perfect, the scenery spectacular, and at night, the stars –– both onstage and in the sky –– are wondrous.