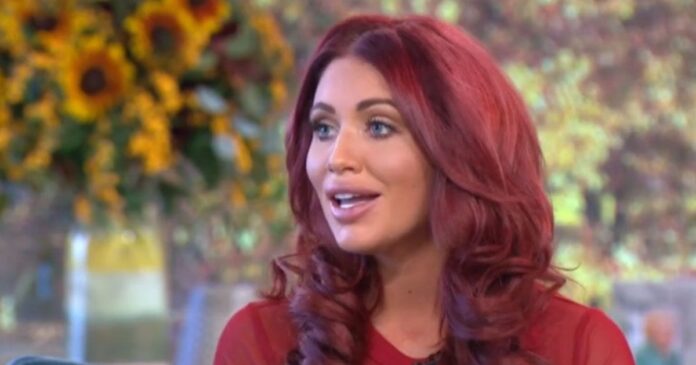 Lately pregnant Amy Childs has unveiled after a bitter surgery that she might not be able to breasfeed her child. For all the Amy Childs fans this might be a shock.

Amy Childs is known for starring in the show “The Only Way is Essex”. She went under the knife when she was 18 years old. She had a surgery to increase her breast size from AA-cup to 30EE. Four years later she was again operated on to give her breasts a lift.

Now she regards her surgeries. Because she might never be able to feed her child which is yet to come in this world. She is expected to give birth around March. She said that she would love to breastfeed but she might not be able to do it.

26 years old star is three months pregnant. He also said that there are so many alternatives out there. After giving birth she will have eight sessions of non-invasive fat-freezing 3D lipo. She added that people need to be quite careful when having surgeries. She has also said that she is having problems with her body ever since the operations.

Pregnant Amy Childs with Her Boy Friend
Bradley Wright is going to be the father of the baby. He has spent five months in prison for the charges of handling of stolen goods. He was actually released father serving 5 months because of his good conduct. Bradley is also father to a baby girl from a previous relationship. His daughter is named Lexi.

Amy has already confessed that she wanted a child with Bradley before he went to jail. But the things did not work out. As soon as Bradley was released from the jail he went straight to the salon of Amy. He did this in order to win her back again and give their relationship a new start.

PREGNANT AMY CHILDS– WHAT TO EXPECT?
Although Amy Childs might have six more months to go, but she and her boyfriend are already thinking about the future. They have plans but let us hope that future is good for them and their baby.