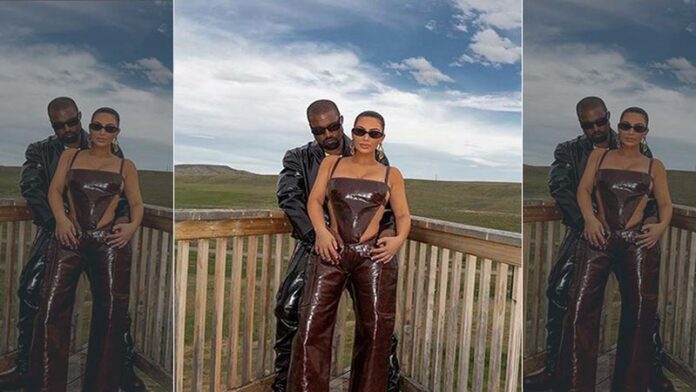 On Friday, while there was a great crowd of Kim Kardashian’s fans rallying around on her 36th birthday, there is nothing that can surpass the family love. The love for the birthday girl was everywhere on the social media particularly the Jenner-Kardashian clan has been there wishing and expressing their love on Kim Kardashian Birthday.

Kris Jenner stepped first and shared her love with daughter in a collage of flashback photos. In the honor of Kim, she also thanked the God for blessing her with the daughter like her.
The matriarch Kardashian wrote, “Happy Birthday to my precious Kimberly! @kimkardashian I adore and love you!!!! You are the most amazing sister, wife, friend, daughter and mom. You have been the cause of our joy till now.” She further said, “I am very grateful to God for the day He blessed me with you. Every single memory and moment, I cherish it. I love you more than your imagination and my heart is gratitude!!!! Mommy xo.”

Kris shared on Kim’s app a beautiful video that is featuring 2nd birthday party of Kim. After getting surprised, the prince’s face was priceless.

KENDAL JENNER ALSO SHARED SWEET MEMORIES WITH KIM
On Friday morning, Kendall Jenner also moved to Instagram with another throwback. There are tiny, little toddlers in the pics featuring Kim Kardashian and Kylie Jenner. The picture was captioned with two emojis of a simple heart. The model also shared some sweet words for her sister on her app.

There were some of the flashback pictures that she shared showing both of them together in the pictures. She said in the post “I am feeling lucky to call you my sis. Happy Birthday, Kim!! You are a kind, talented, smart and driven person. You will always be my source of inspiration and I have learned a lot from you. I love you and wish you the best day.”

KYLIE JENNER
Kylie Jenner also stepped in after Kendall and mom sharing a photo of Kim while driving in streamers decorated the car.
“Happy Birthday Kimberly. Love you, sis.” She mentioned.

KHLOE KARDASHIAN SHOWED IT DIFFERENTLY!!
Khloe Kardashian also followed others and after she took to her app she shouted out to Kim “smart, wonderful and beautiful sister”. She wrote a beautiful note on Twitter alongside the link. “Happy birthday @kimkardashian… I hope this video will cheer you up” she wrote. While wearing her sexiest looks, the video shows the photoshopped face of Khloe onto Kim’s body.

CAITLYN JENNER
Caitlyn Jenner also shared her love with Kim in the form of a selfie with the note, “Happy birthday Kim! Love you.”

These messages are especially important for Kim as she is recovering from a fearful memory. A dreadful robbery attack on Kim Kardashian where she was gagged, bound and held at gunpoint by five men earlier this morning. This attack cost $11 million to her that occurred at her Paris apartment

NEVER BEFORE SEEN MOMENTS OF FAMILY!!!! GIFT FROM KANYE WEST WAS AN EMOTIONAL BIRTHDAY PRESENT TO KIM KARDASHIAN.

Kanye West just presented the best ever gift to her on Kim Kardashian Birthday. He wrote “happy birthday babe,” before posting a video of childhood moments of her wife and other siblings.
Robert Kardashian was most appearing person throughout the video as well as Kris Jenner. This video showed some of the amazing moments of her life while growing in Kardashian household.

This video is Yeezy’s hit and gave a glimpse into Kim’s childhood life to her fans.

STILL FIGHTING WITH THE NIGHTMARE!!
Earlier this week, Kris told reporters that it’s been a process. “One day at a time.” She also said that she is doing what a mother does hanging around with loved ones and making herself feel safe.
Another insider told us that Kim is doing a lot better now and she recovering from the incident. She has been treated professionally. Family and relatives supported her a lot. He was being taken care of by her mom and sisters every day.

Still, the plans for her birthday on Friday were undecided. “This year’s birthday will be very simple unlike the previous ones, ” a source told us. Kim will have an intimate birthday celebration with no plans of the big bash.
“She is not in the mood of celebration yet. She is at her best in trying to make her feel better, but she is just being bothered by the bad memories of robbery,” the insider added. Kim Kardashian Birthday has just been very simple which was not ever like this, but we wish her to recover soon!