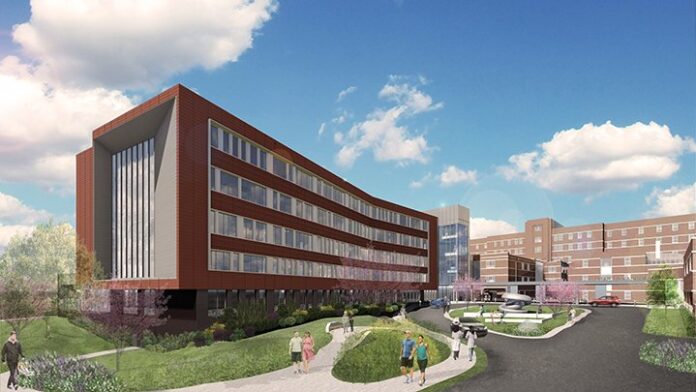 The new Cone Health brand reflects the system’s broad, widespread network of services and positions the system for continued growth as one of the region’s largest and most comprehensive networks of healthcare services and providers. Care at Cone Health today is delivered by more than 8,000 dedicated professionals, more than 1,000 physicians and 700 volunteers. Its network encompasses more than 100 interconnected locations, including five hospitals, two Med Centers, three urgent care centers, 55 physician practice sites and multiple centers of excellence.

The significance of the Cone Health brand will be further supported by a tagline, “The Network for Exceptional Care,” which demonstrates the system’s breadth and depth of services as well as its commitment to becoming a national leader in measurably superior healthcare.

“Cone Health better describes our culture and will define our actions as we become a national leader in patient-centered healthcare delivery and performance,” said Tim Rice, president and CEO of Cone Health.

The mission of Cone Health will not change. Its well-known symbol will take on new meaning, illustrating Cone Health as an interconnected healthcare network that embraces patients, encompasses many services, and reflects how the system cares for the communities it serves.

“The new Cone Health brand will continue to honor the Cone family’s name and their founding principles of exceptional patient care, community service and charitable care while it better positions the system to deliver high performing healthcare in the future by broadening our scope and visibility,” said Rice.

Cone Health operations are an integral part of the regional community. Over the past decade, Cone Health has committed more than $500 million into facilities, equipment and infrastructure, and the network has contributed more than $800 million in uncompensated patient care since 2001. In Greensboro alone, Cone Health is the largest private employer, contributing $146 million in charitable medical care in 2010 and an additional $16 million in donations, training, outreach services and volunteer work.

How to Stay Safe During Disease Outbreaks