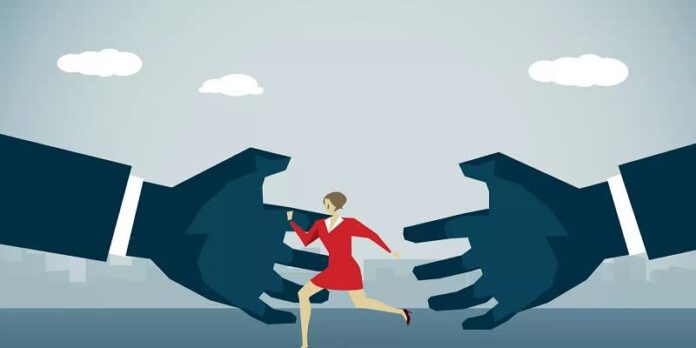 “Frankly, I’m baffled,” said Hugh Hefner, founder of Playboy. “We had big hits with ‘Women of Enron’ and ‘Women of the Internet.’ So, we figured, our readers are interested in women who are part of the national scene, women who are in the headlines. I also thought that the double entendre of the word ‘Congress’ would get people titillated. I’m not sure what went wrong.”

Others expressed similar puzzlement. “I was so proud to have been a part of this feature, so now it’s disappointing to see it get so little attention,” said Sen. Dianne Feinstein (D-Calif.), who appeared in the magazine wearing only an American flag – wrapped around her ankles. “My guess is that, the American people take us Congresswomen too seriously to consider us sex objects. My advice to America is, lighten up! Women of power can be fuck toys, too.”

Casual observers found it harder to pinpoint why they found the spread unappealing. “It’s funny, but I was kind of looking forward to this one,” says Playboy subscriber Steve Fell. “I couldn’t wait to finally get a load of [California Senator] Barbara Boxer’s ta-tas. But then, when I saw that picture of her naked, holding a pink umbrella and straddling the Liberty Bell, for some reason I was just turned off.”

The issue’s poor reception has led Playboy to reconsider its plans for upcoming features. Randal Bennett, the magazine’s spokesman, stated that the future spreads entitled “Women of the Supreme Court,” “Women of the U.N.” and “Women of AARP” may be put on hold, “at least until, as a nation, we’re ready to once again sexually objectify women of power.”