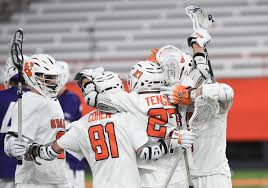 The Temple Owls look to get back to their winning ways after playing one of their worst games last week as the Owls took on Stony Brook from Lincoln Financial Field In South Philadelphia on Saturday afternoon. Temple comes into game off a ugly loss to Army while Stony Brook enters game off a win over North Dakota.

Stony Brook won the toss & deferred, Temple got the ball to start the game. and the games first points came from Temple as RB Ryquell Armstead scored from 3 yards out to take the early 7-0 lead, the Owls would add to the lead as Kith Kirkwood would score his 1st career touchdown to make it 14-0 and that would be the score at the end of 1st quarter. The Owls would keep the gas on the pedal in the 2nd quarter as they would get touchdowns from Jager Gardner & Brodrick Yancy would make it 28-0 Owls as the head into Halftime.

The Owls would continue to make things very difficult for Stony Brook and they would add to the score as Keith Kirkwood would score his 2nd touchdown of the game and kicker Austin Jones added a 21 yard field goal to make the score 38-0. Stony Brook had no answer for what Temple was doing all game long.

A crowd of 22,296 saw the Temple Owls rebound in a big way and knockout Stony Brook 38-0 to even their record at 1-1 as the get ready for their showdown against Penn State next Saturday at noon on Big Ten Network from State College PA while Stony Brook goes home to take on Richmond next week.