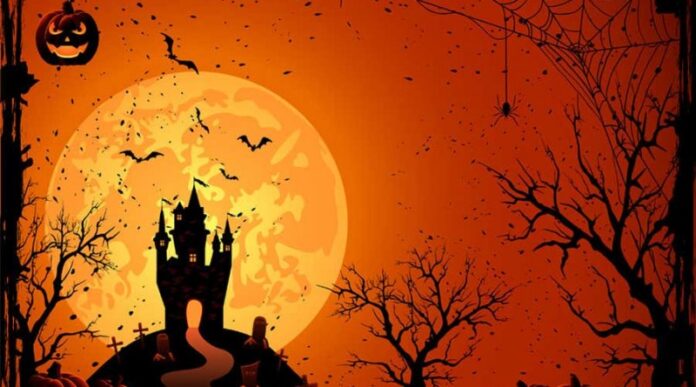 Halloween 2016 is just on the horizon now and people across the United States are making their preparations. There are lots of different ways that people celebrate this spooky festival. Some go out trick or treating with their kids, others leave their kids to get on with it by themselves, many people will be carving amazing designs in pumpkins, some judge these in competitions on Halloween itself. For many people it is the food that is the most important part of the day and they will be busy making pumpkin pies, or making cookies, ‘witch fingers’, soups, stews and amazing punches for people to drink. Whatever you are doing though and however you are celebrating make sure to have a good time! This post takes a look at some of the best cities to celebrate Halloween in. Each city celebrates in a slightly different way and they hold different events, many of which will blow your mind. So, if you haven’t come up with any concrete plans yet for the 31st October, why not consider traveling to one of the following cities and reveling in the spooky celebrations that are on offer.

2. CHANDLER, ARIZONA – HALLOWEEN 2016
The 30th October, which being fair although it isn’t Halloween it is very close to it, is dedicated to a Halloween Spooktacular in Chandler, a day long festival which includes all sorts of activities for the whole family. There is pumpkin bowling, witches broom races, pinatas, a ‘trunk or treat’ and an annual costume competition which can get incredibly competitive.

3. SANTA ANA, CALIFORNIA – HALLOWEEN 2016
Downtown Santa Ana is an historic district and it doesn’t take much to make this a spooky place. Indeed, there is a ghost walk in the town which tends to spook lots of people. If that isn’t bad enough for you you could travel the short distance to Tustin where you can find the ’17th Door’, which is a spooky tourist attraction which is apparently so scary that you need to sign a waiver form before you enter in case you are spooked too much.

4. IRVING, TEXAS – HALLOWEEN 2016
Texas has another city on the list in Irving. This is the home of the Strangling Brothers Haunted Circus. Most cities have a haunted house or two but nowhere else has a haunted spooky circus like Irving. Tourists flock there to be scared by the freaky characters that are available. Apparently, Irving has the fourth highest percentage of under 14 year old’s in the country and so this is a spooky attraction for them to revel in.

5. LAREDO, TEXAS – HALLOWEEN 2016
Laredo, which has the highest percentage of under 14s in the country, is the place where you go to get fit at Halloween. This is because it is host to several races on the day. Runner scan compete in 1 km, 5km, 10km or half marathon races. You could also check out the Trick or trap at the FEAR theme park in Laredo.

6. GILBERT, ARIZONA – HALLOWEEN 2016
Gilbert has a low crime rate and is the center of family fun activities so far as Halloween is concerned. There is loads going on, including fun runs, swimathons and scary events. For those who really like to be scared (and who are also adults) they should head out to the nearby Sanctum of Horror where they will probably be scared to their wits end.

7. NEWARK, NEW JERSEY – HALLOWEEN 2016
You are likely to experience good weather if you come to Newark for Halloween, although we doubt that this is the main reason that people visit this city for the event. The Monsters Ball at One 18 Lounge is quite a party and there are also loads of exciting things happening for kids and families across the city. A good place to check out.

8. JERSEY CITY, NEW JERSEY – HALLOWEEN 2016
Jersey City is host to the annual Family Halloween Bash which takes place in the city to provide entertainment for all. It is known as the city that never sleeps (along with New York!) and for good reason. On Halloween night there are so many things going on that you won’t sleep, and even if you try you probably won’t be able to as you will be scared to!

9. NEW YORK CITY, NEW YORK – HALLOWEEN 2016
New York City had to feature on this list as it is perhaps the most famous for its scary celebrations of the event. In the Village there is the famous Halloween Parade which attracts thousands who all want to see the show. In downtown Manhattan there is the Blood Manor haunted attraction which also attracts hundreds who want to be scared witless. Indeed, there is probably something for everyone in New York on the night of Halloween which is probably why they get so many tourists on the day each year, indeed probably more than any other city across the country.

Halloween is a spooky time and can be great fun for all the family. Often the best fun is usually had in small town America with all the kids getting to have fun with their buddies and lots of food being eaten. However, you celebrate have a grand time!