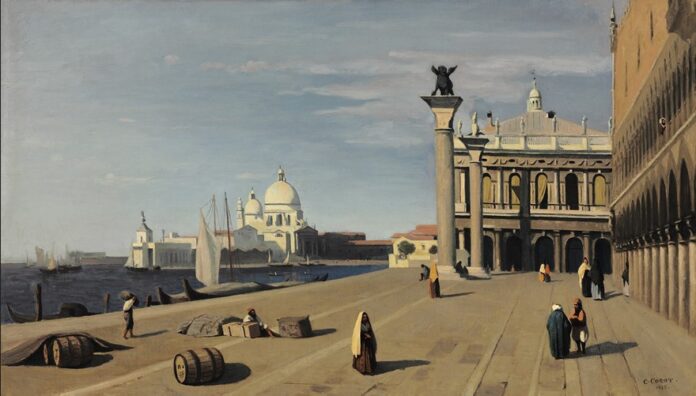 Corot began his professional painting career at a pivotal time when romanticism and “glossy Salon realism” were at their pinnacle, and he, unfortunately, passed away during the peak of Impressionism. Nevertheless, he created the groundwork for Impressionism. He mentored two of the movement’s most influential painters, although never adopting the latter style, with his latter paintings, in particular, being less intensely chromatic and maintaining the Barbizon School’s gloom.

Building on the technique of plein air oil on canvas in the Roman Giunta was his first, perhaps his most significant, and enduring accomplishment. Thomas Jones, Pierre-Henri, and other early adopters had established this in the late 18th century, and Michallon received it before teaching and inspiring Jean Corot. He is a significant figure in landscape art, and his prodigious output references Neo-past Classicism while also foreshadowing Impressionism’s innovations in plein-air artwork.

An early visit to Rome and the surrounding region satisfied all of the young Corot’s dreams of the Mediterranean landscape. Fresh from his art school, he created hundreds of paintings and drawings during this period.

His portrayal of Rome

In 1825, famous Jean Baptiste painter made his first trip to Rome and fell in love with the place. Throughout his life, he would make several trips back, and his canvases of Rome perfectly caught the allure and spirit of the city.

Some of painter Jean Baptiste Corot’s well-known and cherished paintings are of Rome, and viewers are still enchanted by them today. A number of the most precise and realistic representations of Rome during the period may be seen in his paintings.

Rome is depicted in its entire splendor in Corot’s paintings, from the magnificent Colosseum to the busy alleys of the city center. Anybody interested in Rome’s art and culture should view these magnificent paintings.

In Jean Baptiste Camille Corot’s paintings, Rome is shown in a delicate, dreamy style. The settings have a peaceful air, and the colors are frequently subdued. This contrasts with other painters’ depictions of Rome, which are more colorful and vibrant. They offer a view of Rome that is occasionally hidden from view. These paintings provide a distinctive viewpoint on a city rich in culture and history.

View of Rome: Sant’Angelo The Bridge and Castel with the St. Peter’s Cupola

The groundwork for Impressionism was set by Corot, who painted this landscape on the River Tiber in a stunning plein air picture. Through this piece, we can see the unique Jean Baptiste Camille Corot painting style.

We can see the Sant’Angelo Bridge across the Tiber, St. Peter’s Basilica’s dome straight ahead, and the cylinder-shaped Castel Sant’Angelo to the right. Blue clouds in the left-hand corner of the sky are barely perceptible. However, sunshine illuminates the distant region, and we can see the fantastic use of color in depicting the sunlight feeling in the painting.

Rubbish slopes are in front of them, and the bank in the background is shaded and gloomy. Then, finally, there is a tiny boat with a guy at each end, facing broadside and silhouetted between the edge of the trash and the left side of the bridge. The bridge features three complete arches; one can view the other bank, illuminated by the sun. At either end, a single, smaller arch is present.

The cupola of St. Peter’s, which has a smaller cupola on either side of its base, may be seen at the rear of one of the large structures behind the bridge and is located just to the left of the painting’s center.

The opposing bank makes a large stretch to the right edge from the bridge’s western end in the middle of the image. It is made up of grassy terraces and light dirt, and on its left side is the jutting end of the defenses surrounding the castle’s foundation.

Castel Sant’Angelo cylindrical fortified tower in the upper right corner, encircled by bolsters at the base of its thick walls and an overhanging balcony at its peak. A black monument of the Archangel Michael with his wings spread stands on a towering white pedestal above several buildings on the tower. Near the bottom of the castle is another little memorial.

The reflections of the footbridge and the surrounding structures, such as St. Peter’s, the fortifications on the opposing side, and Castel Sant’Angelo, on the river’s surface are slightly distorted. In addition, the artwork looks to have been done on plein air and is sloppy rather than beautifully completed. Nevertheless, this magnificent work is an excellent example of the beauty of Jean Baptiste’s art. 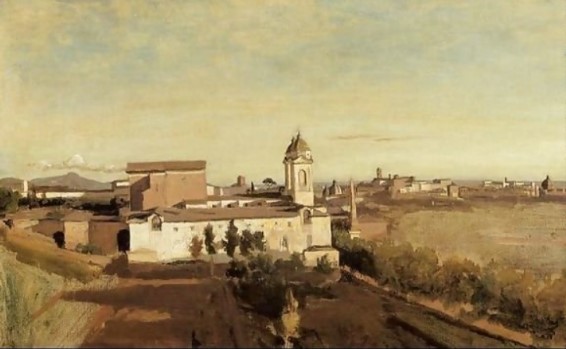 The quality of Corot’s early plein air paintings and his artistic progression is fantastic. After 1841, when the Impressionists began painting outside, oil paint was readily accessible in much more practical metal tubes. However, Corot did not have access to such comforts while he was in Italy since the paint was only available in little bladders, which were much less portable and messier to use.

In the 1820s, plein air oil painting was challenging, time-consuming, and perverse. Such excellent and emotive plein air paintings often need a great deal of skill, which allows the artist to swiftly and accurately sketch the subject the first time. Being able to perform so easily so young in his profession is a sign of tremendous technical competence and unique creative flair. We are lucky to have access to Corot’s magnificent and emotive artwork today.

5 Skills That Help Make You a More Valuable Employee