What is Facts About Halloween ! Should You Know 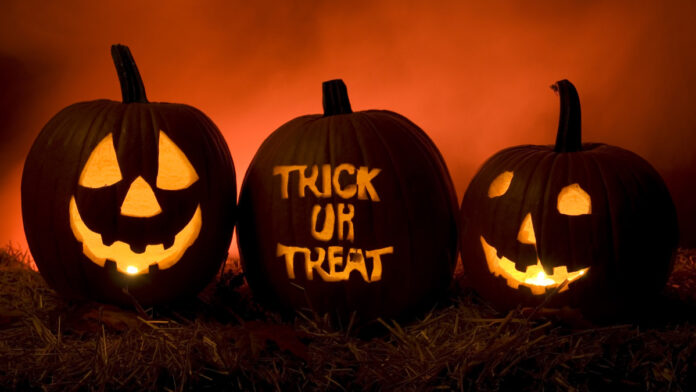 1- HALLOWEEN IS THE HIGHEST GROSSING COMMERCIAL HOLIDAY ONLY AFTER CHRISTMAS

In the past, on Halloween there was just one holiday and there was very less trend of shopping. But now Halloween has turned into a season literally. Even the average Americans these days spend a lot on Halloween. Decorative lights, ornaments for lawns and load of candy are bought. On average people in America spend about $56.31 on Halloween holiday. Even though the homemade things are also becoming popular but the shopping trend is not going down.

2- ON OCTOBER 31, HARRY HOUDINI DIED
Harry Houdini was a famous magician and he also died on 31st October. In 1926, he was killed accidently from blows to the stomach by a McGill University student. It was actually a part of the stunt and a week later he died. It was found that he had developed a peritonitis as a result of ruptured appendix. During that week it is said that he refused to seek any sort of medical treatment.

3- THERE IS A PHOBIA FOR HALLOWEEN
If you have a fear of Halloween then most probably you have Samhainophobia. In medical terms it is a persistent and intense fear of Halloween. It can also result in panic attacks. Surely you would not have been familiar with this one before.

4- ABOUT QUARTER OF THE CANDY SOLD EACH YEAR IS FOR HALLOWEEN
It is really a fact that no matter how much sweets we consume on Thanksgiving or Christmas, none of these beat Halloween. In USA about 20 million pounds of candy is consumed each year. While candies on Halloween are mostly for giving away but people also tend to eat from their candy bowls. Some parents also sneak some candies from their kids’ candy baskets. Moreover it would not be a surprise for anyone that the Snickers bars are the most eaten candies.

5- IRELAND IS THE BIRTH PLACE OF HALLOWEEN
The history of Halloween can be traced to Ireland. It is very likely that this vent has evolved from an ancient celebration named Samhain of the Celtic people. They celebrated it to honour the dead people. But in those ancient times people used to wear animal skins and furs.

6- WITCH IS THE MOST POPULAR HALLOWEEN COSTUME
You might have seen every Halloween, children and people dressed up in witch costumes. The Halloween costumes come and go, but the Witch costume has always been an evident choice. Other popular costumes include zombies, vampires, pirates as well as superheroes.

7- GROWN-UPS ALSO CELEBRATE HALLOWEEN
It is a fact that about two third of the grown-up people do participate in Halloween celebrations. You can see on Halloween in the haunted houses, cinemas and in parties. You don’t always have to be a kid to have a great time. Moreover the best part for adult on Halloween is that they can dress as they like without looking awkward.

FACTS ABOUT HALLOWEEN- CONCLUSION
Now after reading the above facts about Halloween, you must be aware of thing which you did not know previously. You can share these facts with your children, friends and parents. They might surely be in amazed to know these