What is Tata Safari Storm Launch? You Should Know 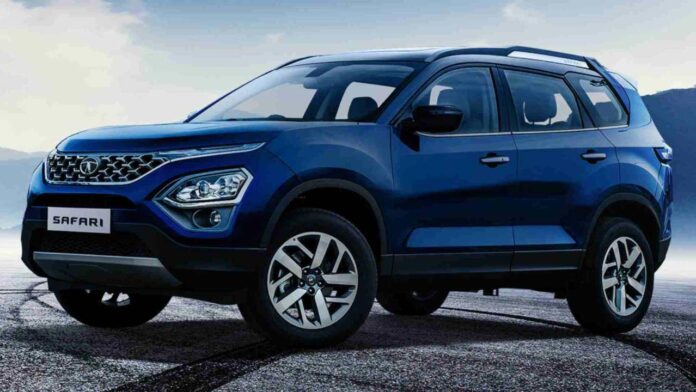 The much awaited new SUV ‘Tata Safari Storme’ from the Tata Motors (Indian car manufacturer) is going to launch this 17th October. Where SUV Stands for Sports utility vehicle. This car has a sporty look because of its silver coloured roof nail with 16 inch alloy-wheels.

Tata Safari Strome was showcased at the the Auto Expo 2012 held in New Delhi, as tata Motors supposed to launch Tata safari storme this early July and then September but the car launch date kept on delaying due to some reasons. The new SUV Storme is enhanced and updated version of Tata Safari.

Powered by 2.2 litre DiCOR 2197cc-diesel engine which is capable to produce the peak power of 138 BHP at 4000 rpm and torque of 320 Nm at 1700 rpm. And coupled with 5-speed manual transmission gearbox for better gear shifting that adding more charm in this SUV. The engine will have double huge fly-wheel that would make sure lowest disturbance, minimum vibration and harshness. Tata Safari Storme will comes in both options: 2WD as well as 4WD options. Tata Storme will surly give a tough competition to its rivals in India Auto sector.

EXTERIORS AND INTERIOR
As its exterior have masculine and different look from the origional safari. Front end of the SUV is pretty simple and neat. SUV have sport body colored bumper and the round fog-lights placed on the bumpers of the car. Five twin spoke alloy wheels in SUV highle defines about the SUV of Tata Safari Storme. More new features like integrated turn indicators lights-electrically foldable, new projector headlamps, new grills at te front . Keyless entry and fuel filter are the most amazing exterior function that gives you luxurious feeling. At the rear, there are all new twin-chrome exhausts which gives totally sporty feel. New Tata Storme comes with upgraded features including Super suspension for your comfortable ride and easy handling.

Interior of car looks more luxurious and spacious. Interior of the Tata Storme equipped with powerful air conditioning (AC) system with climate control and have 2 AC vents. It has new meter dials along with white backlight, new analog clock, power window, power steering with leather-wrapped steering wheel, wood-accented dashboard, headlamp control, leather covered seats and much more. Outfitted with DVD player with screen located on back side of front seats for rear passengers.

SAFETY FEATURES AND MILEAGE
All the four wheels of the car are equipped with disc brakes with EBD and ABS. And new rack and pinion steering mechanism, side intrusion beams on all the doors, dual airbags, collapsible steering column, auto engine immobiliser and car frame constructed with hydro-formed long members equipped with car as a safety features.