Why Language Is Important When Fighting Racism? 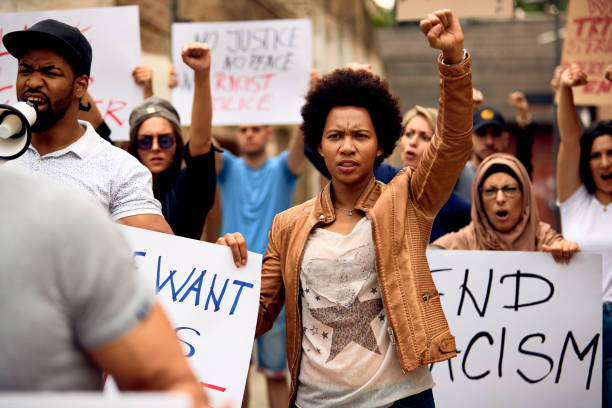 The language one uses matters. Language is how you communicate with one another and is used to comfort or hurt people. When discussing racism, it’s essential to understand the power of words and think carefully about how they impact others.

You don’t want your words to cause harm or contribute to an unfair situation. But sometimes, you may accidentally say something ignorant even when trying your best to use anti-racist language. So scroll down to learn about what not to do:

You’ve all heard it before: “Afro-American.” It’s a phrase you’ve been taught to use in school, but it doesn’t mean anything.

The term Afro-American was coined by civil rights activists in the 1960s. It was used as an alternative to “Negro,” which was considered derogatory at the time. Today, you can still hear people use this word, but it’s not used correctly.

Here’s what you should know about why “Afro-American” isn’t accurate:

The term “refugee crisis” is a racist one. It implies that refugees are a problem for the government to solve and present an insurmountable obstacle to governments and societies.

But there is no crisis when it comes to refugees.

Refugees are human beings who have been forced out of their homes by war or other brutal conditions; they want the chance to live everyday lives again like everyone else.

Don’t use black as a synonym for negative things

If you use black as a synonym for negative things, like “black sheep” and “black hole” and “black Friday,” you’re telling people that African descendants are bad. If your only association with blackness is with negativity, then you could be creating an environment where racism towards black people seems acceptable.

If this sounds like something you might do or have done in the past, consider changing it up. For example, if someone describes someone as having a “black’ sense of humor” or being “a little bit too dark,” try using different words instead.

Don’t call someone a terrorist just because of their ethnicity

It’s important to remember that the definition of terrorism is not synonymous with Middle Eastern, Muslim, or North African. This means that you shouldn’t call someone a terrorist just because they are from a particular region or because they’re a person of color.

It is also important to note that people who commit acts of violence against civilians and government targets don’t always identify themselves as terrorists. Many would argue that labeling these individuals as terrorists is a form of violence (and not to mention racist).

Language is important because it discriminates against people based on race, color, religion or national origin. At Intuit, they believe, “Content should never hurt someone. Even if it’s not intentional, it’s critical that you are aware of our words’ impact on others and can actively learn from our mistakes and use anti-racist language moving forward.”

Language can also promote a positive image of a group, such as when we talk about “people of color” instead of saying just “minority people.”