Are Current Affairs Compulsory to Become an IAS Officer? 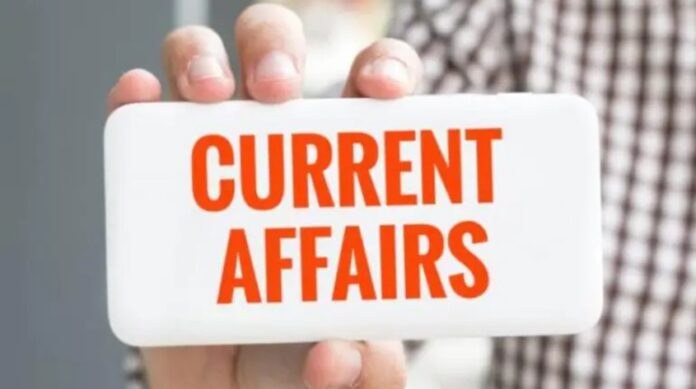 It is no wonder about the syllabus of the IAS exam that the syllabus of this paper comprises Static and dynamic portions both. The static portion consists of the theoretical subjects that cannot be changed on a fact basis whereas the dynamic portion majorly comprises the current affairs which are subject to change frequently. This dynamic nature of current affairs makes it an important part of the UPSC IAS Exam as it helps to test the general awareness and mental ability of the candidate. In fact, some of the subjects like geography, economy, and Science and Technology can counter the dynamic and static portion as they are constantly updated in them.

IAS  is the Most Important Exam in the Country

It is a well-known fact that the IAS exam is the most prestigious and important exam in the Bureaucracy of India. It is the IAS salary that attracts the aspirants to gain the position.

However, it is not easy to grab the position and hold a  handsome salary of IAS just like that. The candidates are supposed to give their Hearts and Soul to the preparation of the paper. Since 2016 the current affairs section has been given more weightage in the UPSC Prelims Paper. This inclusion of current affairs in the Prelims paper also has raised the margins of cutoffs in exams. The candidate who sits at the position of IAS officer is expected to have a wide knowledge of all the current events happening in and around the boundaries of the nation, and hence current affairs are compulsory to become an IAS officer.

It is the part of the Syllabus

Current affairs are part of the UPSC syllabus, this reason is in itself quite enough to learn them more seriously. This is because everything that comes under the umbrella of the syllabus of the UPSC is considered very important. You cannot afford to miss even a single topic described in the syllabus of the UPSC exam. For those students who love to be in touch with contemporary issues and like to read the newspaper and magazines, they will find it quite interesting. In a nutshell as the subject Syllabus of UPSC current affairs cannot be ignored at all.

Helpful in Other Stages of the Exam

We know that the UPSC exam is conducted in three phases and current affairs are the portion that is widely relevant to all three stages. Apart from the Prelims exam, the current affairs are also applied to some of the topics like science and technology, economics, and International relations, which are important parts of the Mains exam. In fact, in the interview, most questions are asked based on current affairs to test the awareness and intellect of the IAS officer aspirant.

Helps You to Stay Updated About the Government Policies

It is also critical for IAS students to study current affairs in order to stay up to date with government initiatives. By keeping track of the Indian bureaucracy and government, and staying up-to-date on recent developments, we can be involved with the rest of the world. During this exam, it is important to understand the new policies of the government and its major actions on the international front, along with discussions regarding strengthening the economy.