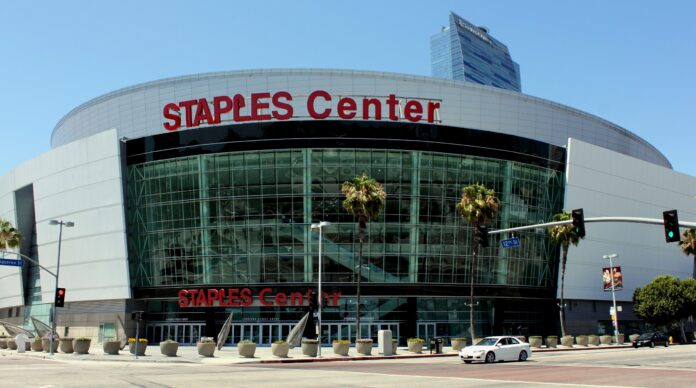 Last Night at Staples Center, Bernard Hopkins Defended the Ring/WBC light heavyweight title against Number 1 Contender Chad Dawson. The Fight started around 12:15 AM EST on HBO Pay Per View, in round 1 Both Hopkins and Dawson were feeling each other out and it was a even 1st round, the 2nd round is where controversy happens, Mid way through 2nd round, Hopkins throws a punch and Dawson lifted Hopkins and tossed him to the canvas late in the second round, leaving the 46-year-old champion with a dislocated joint in his shoulder. Referee Pat Russell went over to see if Hopkins was ok, Hopkins told Russell he would continue fighting “with one arm,” but Russell waved off the fight and declared a TKO, Russell said “It was not a foul,” “It’s a TKO. He could not continue because of an injury. No foul.”

Cad Dawson gets the Win by TKO and new Ring/WBC light heavyweight Champion, The crowd at the Staples Center went insane after the decision by the referee. HBO Unofficial Ringside Judge Harold Lederman explained what the referee should have ruled : ” A Knockout is called by a Blow, in order to produce a technical knockout, you have to hit a guy in the scoring area between the top of the head and the waist area, it did not happen, What Happened, Bernard Hopkins leaned in Chad Dawson Accidently tossed him, Hopkins landed on his shoulder, that is a Accidental foul, under the rules of the Boxing Commissions, When a Accidental foul is produced before the 4th round is completed, the fight is ruled a NO DECISION, there was no blow to score a knockout.”

Here are some of the Post fight Quotes that Hopkins & Dawson Said to HBO Max Kellerman:

Chad Dawson:
“He jumped on me and was pulling me down, so I pushed him off with the shoulder,” Dawson said ”B-Hop disappointed a lot of fans. I was looking forward to a good fight. I trained eight weeks for this. … Yes, he was faking. This is a fight I wanted for three years, and Bernard obviously didn’t want the fight.”

“I knew he didn’t want the fight,” Dawson said. “He keeps talking about Philly and being a gangster. He’s no gangster. Gangsters don’t quit. He’s weak. He’s a weak physically- and mentally-minded person. He has no power.”

Bernard Hopkins:
“They want me out of boxing, and this is one way to do it. Chad Dawson came in the ring tonight, and he just wanted to rough me up with dirty tactics. He wanted to get me out of there, and that was the only way he could”

“He knew he wasn’t in there with a 46-year-old, because I was quicker and faster than him,” Hopkins said. “That was a blatant foul, and it should be a no-contest, not a disqualification.”

Golden Boy President Richard Schaefer, Hopkins’ promoter:
he’ll protest to the California State Athletic Commission. “That was not a boxing-like move,” Schaefer said. “If you’re allowed to lift somebody up and slam them to the floor, you can’t win your belts like that.”

Gary Shaw Dawson’s promoter:
“Let Bernard take his paycheck and refund it to everybody. We came to fight,” “What I really feel is Bernard is old, and he gave it all he could for as long as he could. He beat Pascal, but there was no way he could have beaten Chad.”