Why the Red Sox and Braves Losing is Good for Baseball 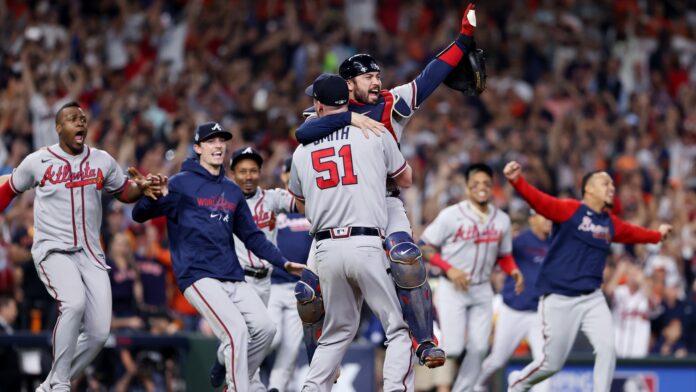 The playoff race in both the NL and AL has been both exciting and promising for the 2011 MLB playoffs. The Braves and Red Sox both had commanding leads in the Wild Card until poor pitching, injuries and just plain bad luck have hit both teams. This would not be a major cause for concern if it wasn’t for the surging Rays and Cards. With just 3 games left in the regular season and both the Rays and Cards 1 game behind the lead, this final stretch will prove to be one of the most exciting in recent baseball years.

The Red Sox are known for their major collapses when it comes to locking down playoff spots. But this year instead of Bucky Dent you can take blame to the Red Sox early and late season woes. The Red Sox started the season in a big hole where many in the baseball world thought that newly acquired Carl Crawford and Adrian Gonzalez were nothing but pieces to an ever failing pitching rotation. But with Gonzo having an MVP season and Crawford turning things around, it is the Red Sox pitching rotation that must take the blame. Injuries have plagued the Sox as they have seen Dice-K, Beckett, and Clay Bucholz all go to the DL this season, it makes you wonder how much an offense can really carry you. The Atlanta Braves are also no stranger to injuries.

The Braves have also seen pitching talent Jair Jurrjens and Tommy Hanson catch the injury bug. The Braves were challenging the NL East all season long as the Phillies have also struggled down the stretch but not as much as the Braves. The Braves now see how tough it is to manage the stretch without former legend Bobby Cox there to guide the team. The Braves have given away any shot they have to the Cardinals and see high expectations and a Wild Card berth repeat slip through their fingers.

So what makes two struggling teams good for baseball? First, if the Cardinals and Rays both make the playoffs (I think they both will), they will be the hottest teams in baseball. Their fire and good performance will help match up against teams that have lollygagged into the playoffs (Phillies, Brewers, Rangers, Yankees). Second, baseball loves to see an underdog and they also love to see one-game playoffs. Both leagues have the potential to have a 1 game playoff to decide the Wild Card winner. We have seen 3 in the past 5 years. We saw what a hot Giants team did in 2010, winning the World Series. Since the year 2000, we have seen 8 Wild Card Teams make the World Series. Of those 8 teams, 3 teams have won. If both of the hottest teams in baseball make the playoffs, they will have the best shot at winning it all. Imagine a Rays/Cardinals world series. In baseball, anything can happen.