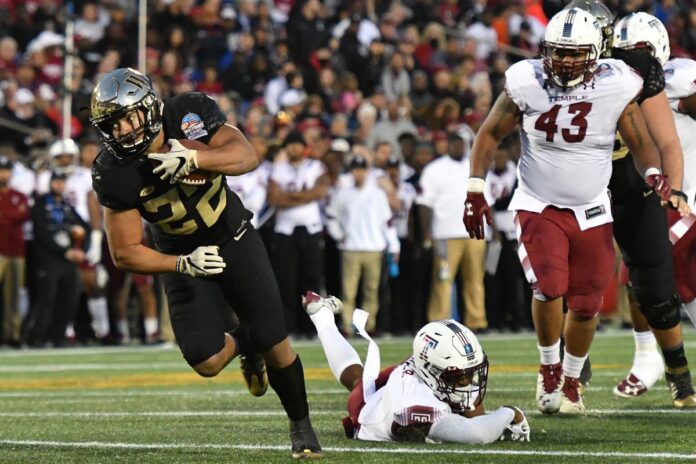 Philadelphia PA: There is a lot of buzz on the campus of Temple University for the start of the college football season after what they did last year as the Temple Owls took on the Army Black Knights at Lincoln Financial Field on Friday night. The Owls enter the 2016 season off a loss in the Boca Raton Bowl while Army comes into the season off a 2 win season. The game was broadcasted on CBS Sports Network with Dave Ryan, Corey Chavous, Melanie Collins calling the action

Before the game, Temple would announce that RB Jahad Thomas would not play due to hand injury & Ryquell Armstead. Army won the toss & deferred to 2nd half, Temple would start the game with the ball and they would have a good drive until Phillip Walker has pass picked off by Marcus Hyatt. Army 1st drive would result in a missed 34 yard field goal. The games first points came in the 2nd quarter as Temple would put on a nice drive ending with a Ryquell Armstead running in a 6 yard Touchdown for early 7-0 lead. Army would answer the Temple touchdown as QB Ahmad Bradshaw run it in from 10 yards to tie game at 7. The Owls would kick a 41 yard field goals to take a 10-7 lead into halftime.

Army got ball to start the 2nd half and they would score to take the lead as RB Andy Davidson runs it in from 3 yards out for 14-10 lead, Owls would answer with a 27 yard field to cut into the Army lead at 14-13 with 1:29 left in 3rd. The Black Knights would take full control of the running game as they would just take it to the Owls all night and they would add two back breaking touchdowns by Tyler Campbell & the 2nd touchdown of game from Andy Davidson. A crowd of 34,005 saw a very ugly game as Army would win this game 28-13 and in the process, they would put up an jaw dropping 329 rush yards. Temple now has to get find a ways to to get their first win of the season as they host Stony Brook on September 10 while Army moves on to host Rice also on September 10.